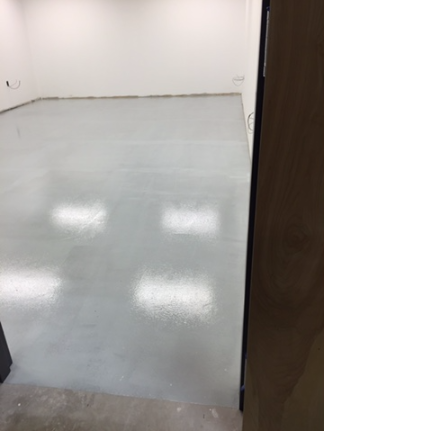 The finish work has begun.  In the server and electrical/UPS rooms we're going to be using an anti-static epoxy on the floor rather than raised floor.  This will allow us to cut costs, run electrical and network fiber overhead and reduce security risks. 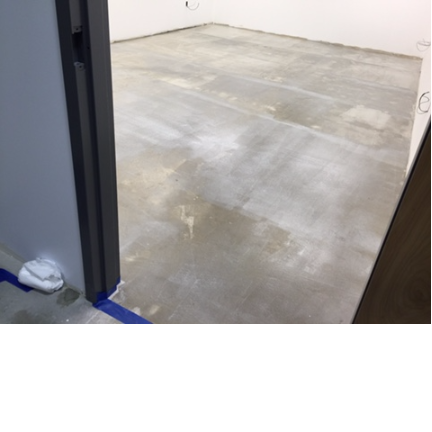 This first coat is almost similar to elmers glue.  Essentially it's a bonding agent meant for lightweight concrete surfaces.  since we're not technically going over top cement, and instead Quik-Top you have to be careful how you finish it; which alone could be it's own blog post.

Once this primer layer is dry enough to walk on, but not 100% dry we have to apply the roll on epoxy over top of it.  The epoxy we chose came from United Static Control Products and it's called ElectraGuard and is used often in data center scenarios.

This is after coat 1.  The coverage is pretty impressive but will for sure require 3-4 to really look good.  I like that the product is a 2-part epoxy but has a really reasonable working time, and can be applied with a roller.

We did learn some lessons however in the process. 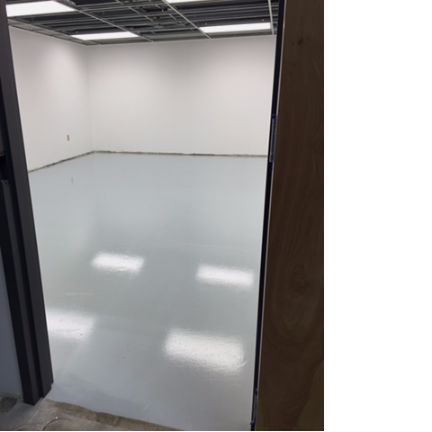 This is after 3 coats that have dried and then several coats of the ElectraThane which is an anti-static urathane product meant to adhere to this product.  You can see the coverage is great, and it has a nice shine to it.